The year was 2000 and I had been a soldier in the Israeli Defense Force beginning my second year of my mandatory 3 year serving term.

My post in the army was nothing glamorous. By strange chance of events I found myself in charge of a small seamstress office, in a small army unit that had nothing to do with computers (I think it had about 5 computers between all its offices). Needless to say, my life was not fulfilling and I was actually quite miserable.

Prior to joining the army, at high-school, I discovered my passion to programming and even did pretty well at that. Unfortunately the Deputy Commanding Officer (who hated my guts) at the unit I was serving, wanted to hear none of that when I asked for a re-appointment as a computerization officer.

Additionally, my less than rudimentary high-school computer science training gave me no real-world skills when it comes to building any usable software.

Since I didn’t know the first thing about Access, the next time I got an off day from the army I went to the nearest book store next to my home and bought the biggest book on the subject that I can get my hands on. I think it was this one (in Hebrew): 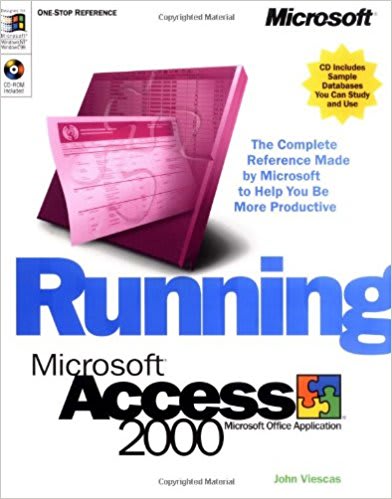 Now I just needed a project.

So I walked around the various offices in the unit, sniffing around for a project. After a little bit of searching, I found out that the “Hamal” (a mix of receptionist and phone operator) had stacks of hand drawn phone books and other scraps of paper all over the place with phone numbers on it. So I decided to build a phone book database. Seems easy enough.

I started reading the book and got into it just enough to build the first few screens. Once I got stuck I opened the book again and resumed reading until I got my answer. Then I got back and continued writing some more code, fixed a couple more screens and hitting yet another wall. Opened the book again, continue enough to get my answer and then get back to the code. Rinse, repeat.

Bear in mind, the internet was not as ubiquitous, Stack Overflow didn’t even exist for the next 8 years and Google was not really a thing yet. So my only option was to continue on with my book.

After building a significant portion of the application I decided to give it a go with that phone operator guy. He seemed interested but somewhat skeptical. But was willing to give it a go.

The next day, when I came to visit him, he had already entered most of his phone books and scraps of paper into the application and had a big smile on his face. This made his life so much easier — he said — and gave me my first list of feature requests.

Feeling like I’m onto something, I decided to take a leap of faith and give that Deputy Commanding Officer a demo. Heck, I got nothing to lose. It’s not like I can get fired.

So I walked into his office and asked if I can show him something. Reluctantly, he agreed. I started up the application and I could tell that I got his attention. I continued to explain the problem with the hand written phone books, how phone numbers get lost to wear and tear, how hard it is for the operator to share the data with other offices in the unit and the positive feedback I got from the operator.

He was sold and within days I was re-appointed as a computerization officer which led to many more interesting projects (one of which was featured in the army’s magazine) and ultimately what started me on my career path.